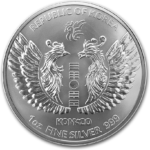 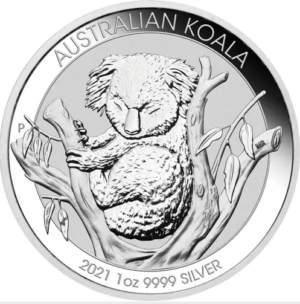 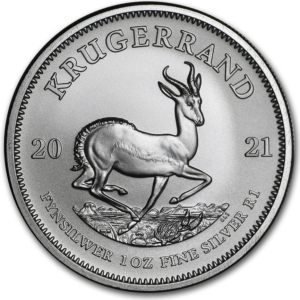 The obverse face of 2020 1 oz South Korean Silver Phoenix Medals features a depiction of the phoenix in flight.  The date of issue (2020) and name of this series (Korean Phoenix) is featured on this side.

Also visible on this side of the coin is a new security image by KOMSCO.  As you adjust the angle of viewing, the Korean language terms for Bong and Hwang appear.

On the reverse face of the 2020 South Korean Silver Phoenix, you will find  a pair of Phoenix facing toward one another with the Taeguk in the center. The markings on this side include; Republic of Korea, KOMSCO, the weight, metal content, and purity.