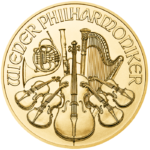 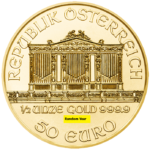 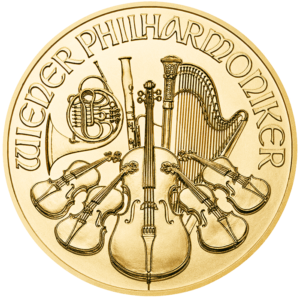 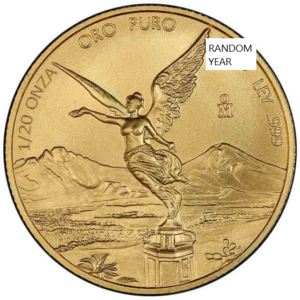 The Vienna Philharmonic coin in 1/2 ounce gold: The interim size, this much loved investment coin contains 15.55 grams of pure gold, and is 28.00 mm in diameter. On the market since October 1994, it has a face value of 50 Euro.