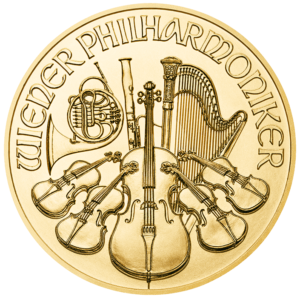 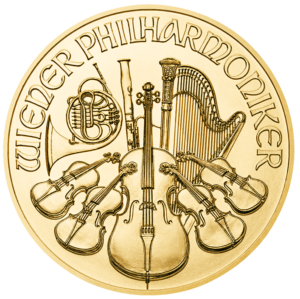 The Vienna Philharmonic coin in 1/25 ounce gold: The fifth size in the Vienna Philharmonic gold family, the smallest member, weighing 1.24g, was issued in 2014 to commemorate the 25th anniversary of the first Vienna Philharmonic coin. This 13-mm-diameter coin is perfect as a gift or as an introduction to the world of coin collecting. In some markets the coin has attained such popularity that it is often made into jewellery. It has a face value of 4 Euro and its attractive price makes it accessible for all budgets.