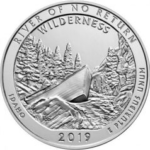 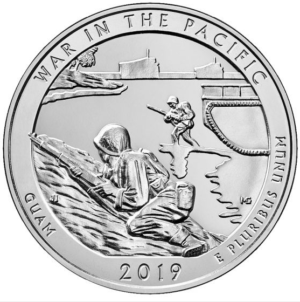 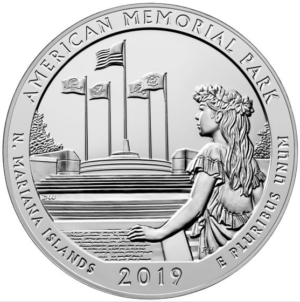 Frank Church River of No Return is a protected wilderness area in the US state of Idaho. The park covers a total of 2.36 million acres of land and is part of a broader range of 3.3 million acres of land found in the state. The Salmon River is known in the area as the River of No Return because its strong currents make upstream travel difficult, if not impossible in some stretches. The wilderness area itself is the largest contiguous federally managed wilderness in the United States with the exception of Alaska, and the second largest in the continental US behind the state-managed Adirondack Park in New York.

On the reverse of 2019 ATB Frank Church River of No Return Wilderness Silver Coins is the image of a drift boat commonly used on the Salmon River.