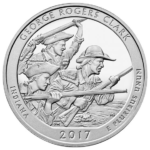 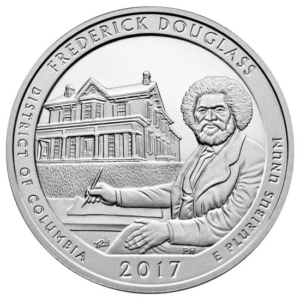 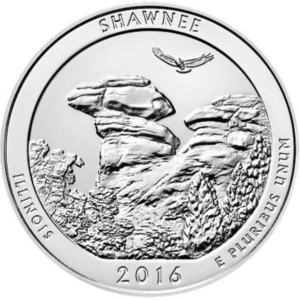 The obverse side design features the 1932 restored portrait of George Washington by John Flanagan.

Struck in .999 fine silver at the Philadelphia Mint, the America the Beautiful Five Ounce Silver Uncirculated Coins are three inches in diameter and weigh five troy ounces. Each coin is encapsulated and accompanied by a Certificate of Authenticity.