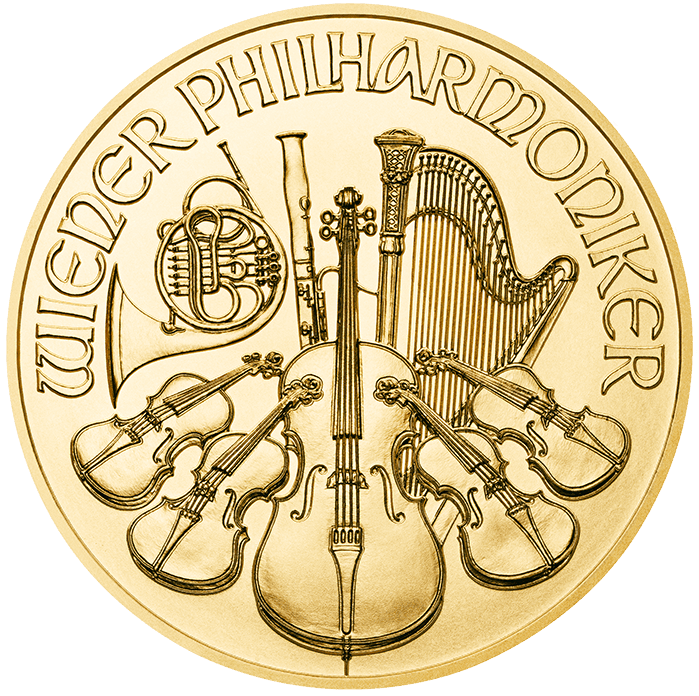 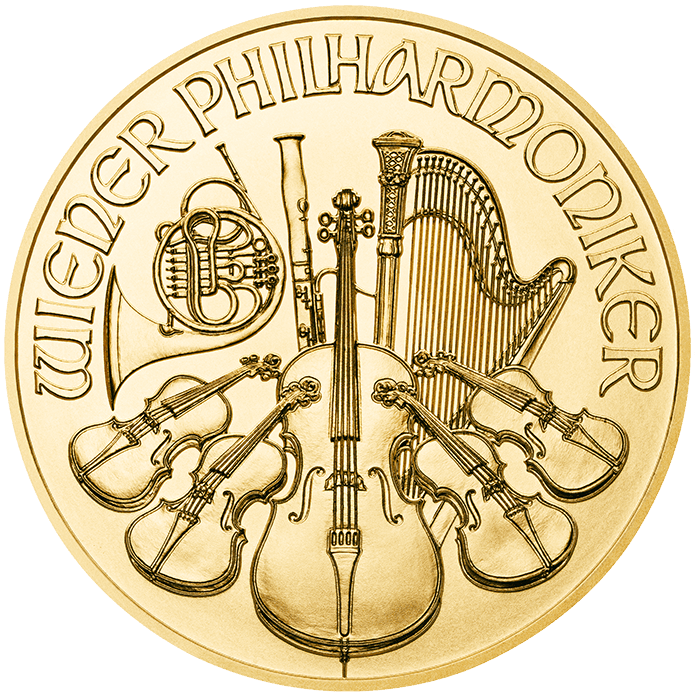 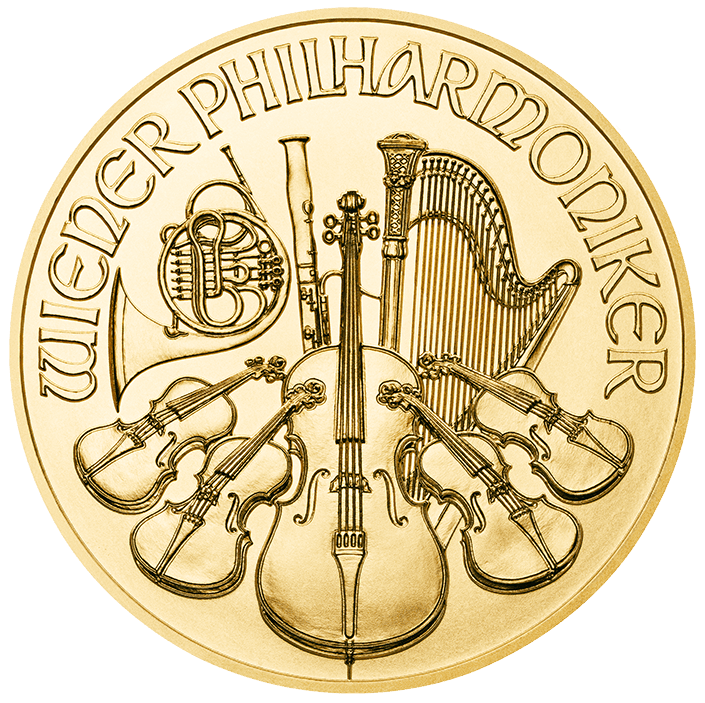 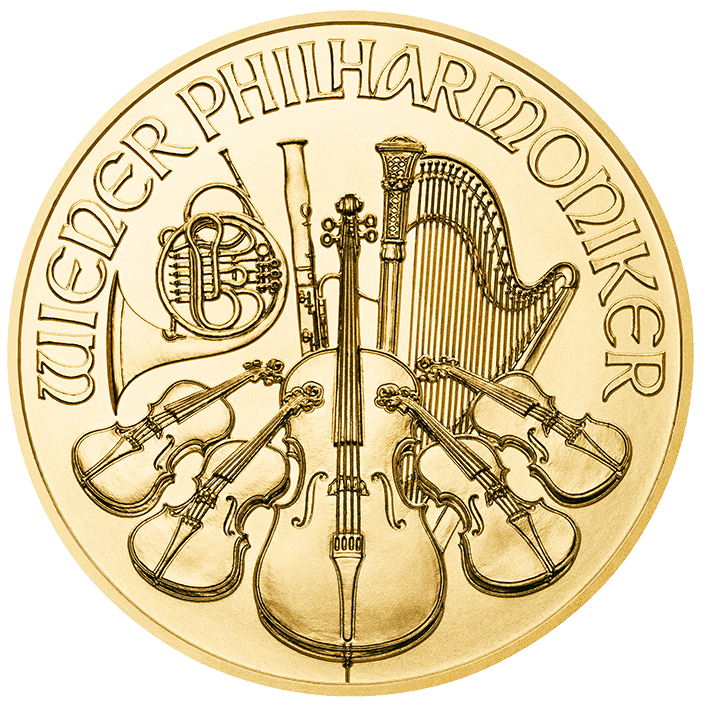 The coin was designed by Thomas Pesendorfer, the Austrian Mint’s chief engraver. For the reverse side he chose eight characteristic orchestral instruments: four violins either side of a cello in the foreground and the Viennese horn, the bassoon and the harp behind. The obverse side features the famous pipe organ from the Goldener Saal of the Viennese Musikverein, recognised throughout the world as the backdrop to the Philharmonic’s New Year concerts. The organ case was designed by the architect Theophil von Hansen, who was responsible for the whole building. The original organ was built by Friedrich Ladegast in 1872 and since then the organ has been renovated and replaced on various occasions, the last being in 2011. Visually, the body of the organ remains unchanged despite technical alterations. Above the organ, the words “Republik Oesterreich” stand in a semi-circle, while the weight and purity of the coin, with the date of issue below, stand beneath the balustrade of the organ. At the bottom edge of the coin appears its face value. The edge of the coin is reeded.